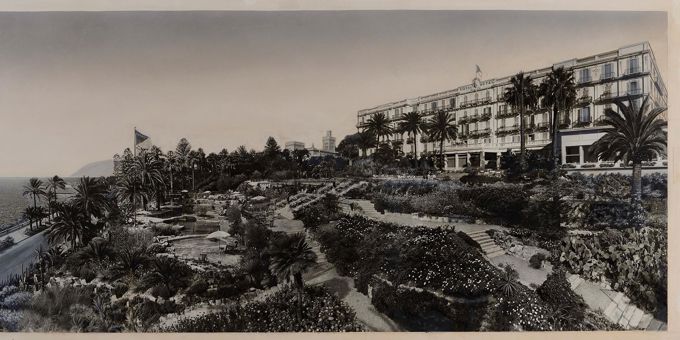 The winter holidays of nobles, aristocrats and poets. Sanremo is in history

Sanremo is famous all over the world for the Italian Song Festival, for its wonderful flowers and for the mild climate all year round. This last characteristic has always been so important and, at times, predominant, to make the city an almost obligatory destination for all the nobles who, in the past, decided to spend their winter holidays here.

Far from the freezing cold, the sharp air and the copious snow, the European and Russian aristocracy often chose to reach Sanremo to enjoy the long sunny days even in the middle of winter. And their passage was not only a harbinger of happiness for hoteliers and activities of the place, it was the same city to benefit from their presence. Just like in the case of Tsarina Maria Alexandrovna.

Sanremo, the ideal destination for the winter holidays

At the time the promotion of the city as an ideal holiday destination, especially in winter, was very intense. Thanks to the inauguration of the railway link between Nice and Genoa, the number of tourists in the city increased considerably, leading also to the birth of many luxury hotels to accommodate members of the aristocracy of all the neighbouring continents.

The Baron of Uxküll, at the invitation of the Mayor’s wife, was one of the first to understand that Sanremo could be an important tourist centre and he himself began to spread the fame of the city around the world.

The stay of Tsarina Aleksandrovna

Wife of Tsar Alexander II, Tsarina Alexandrovna was one of the many people linked to the aristocratic and noble world who decided to spend the winter months in Sanremo.

The Empress stayed in the city in the winter of 1874 and remained there until the spring of 1875. The Tsarina then arrived in Sanremo invited by the Countess of Roccasterone and the banker Antonio Rubino. Upon her arrival, she was greeted by the son of Vittorio Emanuele II and a small group of curious people who hoped to see her in all her splendour live.

Once settled in her residence, between a reception and another, the Tsarina led here happy months of fun and well-being. The hospitality received entered her heart so much that, just before leaving, she went to the Mayor and decided to donate to the city the palms that had been planted on the seafront to beautify the area on the occasion of her stay in the city. The gift was obviously very welcome and the Municipality decided to give its name to the promenade that today we know as Lungomare Imperatrice.

The stay of Tsarina Maria Aleksandrovna remained so particularly dear in the minds of the citizens precisely because of her great generosity. She, like many other nobles, poets and artists, had understood the wonder of Sanremo and the advantages inherent in a sea destination as exciting as this.

Today as then Sanremo has never lost its tourist vocation. Even today, with mild and pleasant temperatures that give exciting moments by the sea even in late autumn, anyone who lives a holiday in the city knows that there is no right time to spend their vacations here: every month gives unique and unforgettable emotions.