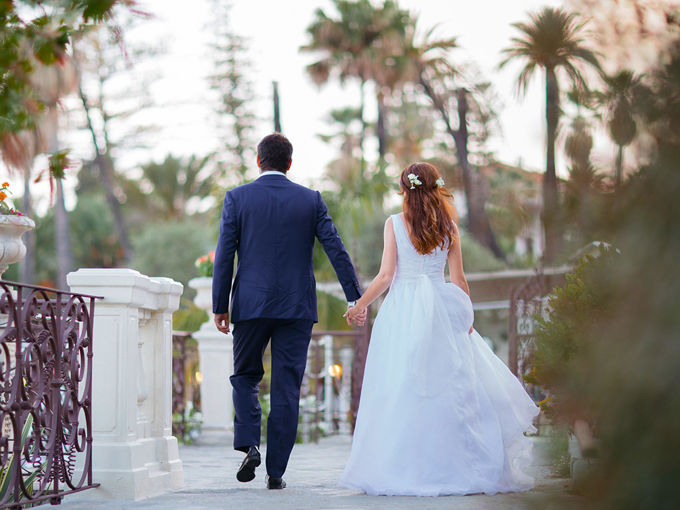 Why is the wedding dress white? Traditions, history and meaning

The tradition of getting married in a white wedding dress is now an established fact in our lives. We almost take it for granted, without wondering why this colour was chosen, what it means and where this particular custom originated.

In the collective imagination, a white wedding dress means purity and whiteness, while it also signified that the bride was a virgin at the altar, in the past. These answers, however, are not enough to reveal where the tradition of the white wedding dress was born. We then decided to investigate further and now we are ready to reveal all the secrets of the wedding dress!

When was the tradition of the white dress for brides born?

To find the origins of the tradition of the white wedding dress, according to Marlise Schoeny, curator of the Historic Costumes and Textiles Collection at The Ohio State University, we must return to ancient Rome more than 2000 years ago. The brides, at the time, used to wear a white tunic to represent chastity. This custom was lost in the Middle Ages when brides used colourful brocade dresses, essentially the best and most showy they could have.
The white wedding dress is back in vogue obviously and to make it a real must-have was the royal wedding of Queen Victoria of England with Prince Albert of Saxony on 10 February 1840. For the occasion, the woman walked the nave of the chapel of the St James Palace in a very elegant white dress and the news quickly went around the world dictating a trend.
Before her, other brides started wearing the white dress again (but without the same "media" fortune), as in 1406 when Princess Philippe of England chose white to marry King Erik of Scandinavia. Subsequently, in 1558 it was exploited by Mary Stuart of Scotland for marriage to the heir to the throne of France, but for years it was seen as an omen of misfortune since the King died prematurely and there were no heirs to the throne.

What is the meaning of white for the wedding dress?

As we have seen, white in history has taken on different meanings when worn as a wedding dress. In the past, it was considered synonymous with chastity, purity and candour. A sort of promise that the woman made to her husband concerning her virginity.
However, when Queen Victoria of England opted for this dress, she wanted to give it a much more modern meaning, which still accompanies us today. A white wedding dress has thus become a symbol of luxury, nobility and royalty that women love to treat themselves on the most exciting and romantic day of their lives.

The white brides of the Royal Hotel Sanremo

During the spring and summer seasons, many newlyweds organise their wedding reception at the Royal Hotel Sanremo. The comforts and cautions that the staff dedicates to the newlyweds are many, but the location of the Hotel is another not insignificant incentive. In fact, our subtropical garden, with the bright colours of the flowers, offers a perfect setting to enhance the purity of the white of the wedding dress in wedding photographs. Likewise, in the elegant dining rooms of the Royal Hotel Sanremo, you will feel like Queen Victoria: wonderful with gifts.
Of course, the Royal Hotel Sanremo is not only the ideal place to show off your white wedding dress. It is also the perfect location to celebrate your wedding anniversary or any special moment in your life. Precisely for this reason, a unique stay package has been designed, called Romantic Anniversary to make your special anniversary even more magical.