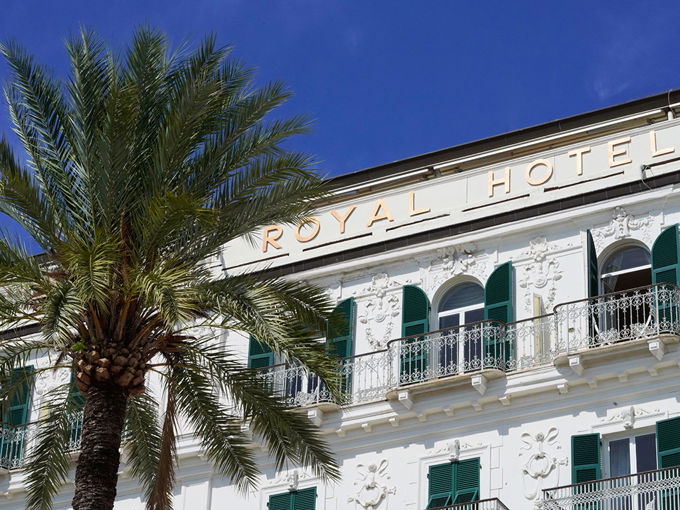 The history of the Royal Hotel Sanremo: the illustrious guests who stayed there

Distinguished guests Royal Hotel Sanremo: all those who have stayed here

The Royal Hotel Sanremo in its years of activity has hosted numerous prominent figures of nobility, show-business and the Italian and foreign aristocracy. Moreover, from the mid-nineteenth century onwards Sanremo became one of the most sought-after tourist destinations by the nobility of the time thanks to its consistently favourable climate, but also its proximity to some of the most incredible cities on the French Riviera. Thanks to the inauguration of the Genoa-Nice railway line around 1872, tourists began to arrive copiously in the extreme Riviera di Ponente and, among these there were also countless prominent names.

VIPS AND CELEBRITIES from the world of entertainment have never lost this good habit of staying at the Royal Hotel Sanremo. During the Sanremo Festival, in these very rooms and the most sought-after suites, many singers and historical presenters of the music festival have opted for a good night's sleep during the singing fatigue. Even today, during the days of the Sanremo Festival, thanks to the guaranteed privacy and the absolutely unique treatment that the hotel staff offers, numerous singers and foreign guests choose the Royal Hotel as their accommodation.

Royal Hotel Sanremo: all the famous names that have stayed there

Staying at the Royal Hotel Sanremo for the stars and VIPS of the entertainment world is not merely a choice that is only made in February in conjunction with the song festival: to rest or enjoy a little quiet and relaxation it is not so unusual to find numerous stars even throughout the year. So let's take a peek at some names of the most famous guests who stayed in the suites of the Royal Hotel Sanremo.

Grace Kelly and Ranieri of Monaco

Staying at the Royal Hotel Sanremo, however, is not a luxury that only a few can afford: the hotel rooms vary in size, services and prices, to offer every pocket the opportunity to treat themselves to a dream stay.